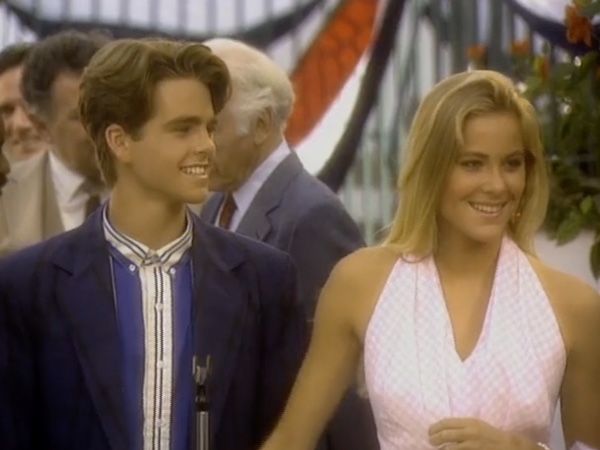 In the Fall of 1991, Shane auditioned and booked the role of Garret Booth in a new young adult soap opera, Swans Crossing. Shane along with cast members Sarah Michell Gellar, Brittany Daniels and Tom Carrol were flown to Miami, Florida to film the pilot. Later that year the show was picked up for 65 episodes and scheduled to start shooting in New York at Kaufman Astoria Studios the following Spring.

Kaufman Astoria Studios was built in 1920 and is on the national Register of Historic Places with a long list of productions some of which include The Wiz, Goodfellas and Law & Order.

“Filming in Kauffman Astoria Studios was really special, our hours were long, We were working hard, shooting an episode a day pretty much, the cast got close. We had a lot of freedom to explore, between shots the guys would hang out on the studio roof under the Kaufman Studio sign and the Manhattan skyline in the distance, talking, laughing, having the best of times, it was special."

"The guys shared a dressing room, we were told we could decorate the room anyway we wanted, something I’m sure the producers regretted. We got creative painting the walls and decorating the room."

"It was my first experience with promoting, we had reporters that would come to the studio and interview us. We were insulated; I had no idea how popular the show had become."

"It wasn’t until we did our first public appearance at planet Hollywood that the show had a following. It was crazy, the show hired us a car, all the guys rode together. When we pulled up to the event there were photographers everywhere, people were screaming and pushing, I was blown away."

Even with all the success, after 65 episodes Swans Crossing was not picked up for another season and Shane was back looking for work. “I think everyone was surprised, with the popularity of the show, I thought we would be picked up for another season, but it did not work out. It was hard to let the show go, the cast and crew were very close, everyone had worked hard but things move fast in the business, you must be prepared for anything."

Swans Crossing: Behind The Scenes

Next: Shane McDermott stars in Airbone